The "Re" of Sadhana 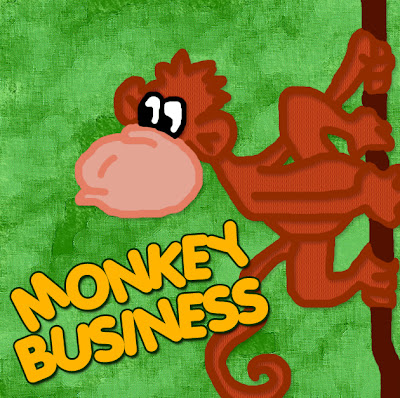 Once upon a time there was a man who used to go from street to street selling hats. One day, when the Sun was scorching, he sat down under the shade of a huge tree to have a midday nap. With the basket full of hats next to him , he dozed off . The huge tree which sheltered the man was also home to a few monkeys. Fascinated by the basket full of hats, the monkeys grabbed all of them from the basket. Now each of the monkeys had a hat on top of their head!

When the man woke up he found his basket empty. What he found was a bunch of chattering monkeys crowned with his hats. He tried to shoo them, but in vain. Then he threw stones at them. They imitated him by throwing back fruits from the tree. He suddenly realized that the best way was to trick them. He understood that monkeys only imitated, while he had the capability to think and act. He removed the hat from his head and threw it towards the monkeys. Any one can guess what the monkeys would have done. They just imitated him and the man got back all his hats.

The "re" of my Sadhana is that I was more or less like a monkey during my growing up years. That doesn't mean I have stopped growing now :). I was just alluding to my school and college years. I never knew why I was doing something. I just did it because everyone else did it. After my tenth grade, I chose science group, just because everyone around me was doing that.I wrote both the engineering and medical entrances because I did not know what else to do. After I got selected for Ayurveda and Homeopathy(two streams of medicinal approach), my mother asked me whether this was what I exactly wanted to do. The answer was no. But still I did not listen to what my heart spoke....! The other options were taking up a degree course....there were varied subjects from which I could choose from....physics, chemistry, biology, mathematics.....Any subject was equal to me as I never realized, what I actually liked. The Principal of our college, asked me to take up English literature as I would not have to lose lab attendance, whenever I wanted to participate in extra curricular activities. I just nodded my head and signed in. I am not sure whether I enjoyed my classes in college. After my graduation, I pursued post graduation in the same subject...this was when I started knowing the fact that till now I was not listening to my heart ... or my passion.


Here is an interesting video on Ganesha Chaturthy!

Posted by Nanditha Prabhu at 10:37 AM

we're all monkeys. cattle, actually. yes, that would be a better description. we just keep doing things, and we don't even know why or where we want to go.

Nandukka ... i remember what you were like in school ... you were always much better than what you credited yourself to be ..... there was a distinct change when you were in college (i was away by the time) ..... you started believing in yourself and gained in confidence ....which showed in your life and performances ... i think i know what brought about the transformation .... & what "ga of sadhana" would read like ...
awaiting the next post to see if i am right ...:-)

hey, i hope that u have found wat u wanted now.. and will always oursue it :) good luck..

that monkey story rings a bell..i just cant recollect where i heard it before..sometime when I was a kid from books..or i guess maybe in school..but for sure I have heard it...thanks for rekindling it again..

btw what u said about passion is really true..infact i myself find a misfit in the IT industry..a side of me is craving to get out of it..

The old monkey and hat story...made meaningful when you related it with your own past educational period of life!..
Anyway..whether a doctor or not,You write soo well(thank the subject)..and dance more gracefully!!..:)

Dearest Nanditha, most of us I think can share similar experiences. Personally, I'm glad I found my passion and there's no turning back. I've done my time, did what everyone else said I should do...

I think most of us go through that phase early in our years..and end up doing monkey business.
Thanks to the Principal of your college for advising you to take English literature, else we would have missed a great story-teller :)

WoW...this is a lovely, lovely post Nanditha. It was wonderful going through the story & it gelled with the entire post well...Nice reading your life experiences & the Ganesh Chaturthy video is also very nice...Beautiful post!

I was the same way at that age. Just went to college because... what else was I going to do after high school? Be an adult or something, lol!?

Then I somehow majored in Undeclared until the middle of my junior year - you were supposed to declare a major by the end of sophomore year.

After that I double majored in English and Psych. Why? I really couldn't make up my mind which, so while I mostly took English courses, I kept making my electives psych courses whenever possible.

The double major looked good on my resume since nobody knew why I had double majored and I guess they thought it was ambition.

Ah, the days of drifting down life's river!

Hi,I know what you mean by not-listening-to-heart ..I did that.I have exactly the same feelings about things happening with me(and those that have already happened).However,there is this guy Steve Jobs~who differs from this line of thought a little.And to be honest,I appreciate it.He takes life as an experiment.Although he personally pursued what he loved to do,but he took some very out-of-the box decisons in life ( search Steve Jobs on Youtube n you will have a talk by him in Stanford 14.33 minutes).His theory says, he did that all hoping that somewhere in distant future it will all turn out to be right.CONNECTING THE DOTS LOOKING BACK.check out that conept and maybe then you will have something more to say...I will wait till that time..

dharma,
i guess at some point of time all of are like these animals!

vinu,
i sure you have guessed right , regarding my "ga" of the sadhana.

diya,
i was just mentioning about a certain phase in my life. may be many of us pass through this phase.right now I a content. Thanks.

mathew,
this is a common story and i am sure all must have heard it.if you have really found your passion, I think you should go for it.

Bharathy,
thanks I am flatered!


cynthia,
this seems to be like a phase everyone has to endure for their further growth. nice to know that you have found your passion.

Sg,
thank you for calling me a story teller!:)

paul,
I am sure you must have gained a lot , drifting down life's river.

sritatsat mishra,
thank you for the comments. I visited Steve jobs site. thank you for introducing!Each phase in our lives can sure make a perfect whole!, though we tend not to appreciate it at that moment. I am aware of it. And I am glad for the way things have turned out for me.you will read more on my next post , which will be a sequel! :)

Wow! What an interesting post.
I like this kind of story..once upon a time...
I surely want to hear more about you and your experiences.

For me very interesting, good made video - dancing elephants celebrate the lord Ganesha. But I must to tell that I don't understand this story.

hello nanduakka,
this is awesome and also the video of dancing ganesh ji........u know smera love to see that video again an again.........looking forward for ur next ga of sadhana..

krystyna,
thank you!
nice to know that you enjoyed the dancing elephant too, though you might not be able to follow it fully!:)

suma,
my hugs and kisses to smera kutty!
nice to know that she enjoyed the ganeshji video!

with a monkey of a mind, humans r also big fat monkeys :)

It's easy for us to follow the pack when we are young and greedy for experience. Most of us don't know what we want until some time sets in. I did not go to college directly from high school; I couldn't decide on anything (equally torn between science and liberal arts). I'm glad I waited. When I did finally go, I knew in my fiber that I had to major in English. Thx for the great post, Nanditha.

Keshi,
:)
Susan,
so you waited for a while to listen to your heart. That is great!Nice to know that you did what you loved to do!